Depressed? How Your Diet Can Affect Your Mood Did your grade school teachers or parents encourage you to “fuel your mind” before a big test? They might have been onto something.

A few experts have plunged into the influence of diet on your memory, but now they’re taking it a step further. Could it also influence mood to the point of preventing mental health issues?

According to a news release by the American Academy of Neurology, that might just be a possibility. In a study, researchers sought to find out if there was any relationship between diet and depression in older adults.

Upon analyzing, they found that those who ate more closely to the DASH (Dietary Approaches to Stop Hypertension) diet actually seemed to fare better against depression.

The Standard Diet In The U.S.

While many Americans eat a standard diet high in saturated fats and low in fruits and vegetables, the DASH diet recommends more balanced eating habits.

To come to their conclusion, researchers analyzed over 900 patients with an average age of 81. For increased accuracy, they conducted their research for an average of 6.5 years.

Next, the older adults were asked to fill out periodic questionnaires about their diet. They were also assessed for signs of depression.

Researchers then took this information and categorized people according to which diet they more closely followed: the DASH, Mediterranean, or standard Western diet.

They further broke down the groups into how closely they associated with each diet.

Interestingly, the older adults whose diets resembled the DASH diet the most decreased their risk for depression by 11 percent (compared to the lowest DASH-adherence group).

By contrast, those who ate standard Western diets actually increased their risk for depression.

In the news release, lead research author Laurel Cherian, MD, from Rush University Medical Center was careful to point out one caveat. This study doesn’t prove a direct result of using the DASH diet for depression. It does, though, suggest an association.

Also Read:
The Truth About Nutrition

Depression affects millions of people every day. In fact, the National Institute of Mental Health states that it’s one of the most common mental disorders in the United States.

Several factors can lead to depression, but no one single factor will usually cause it by itself. Depression is a complex disorder that experts are still discovering and researching more about every day.

Some triggers include medication, family history, illness, traumatic events, big life changes, or even personal problems that weigh on a person’s mind.

Still, many holistic and traditional doctors are intrigued by the thought that food could play a role.

What’s In Your Diet?

Selhub stresses how the right balance of nutrients can reduce inflammation and stress in the brain.

It’s true that her field—Nutritional Psychiatry—needs more research to prove itself. But to Selhub, the idea just makes sense.

She says that when you don’t fuel your brain with the right food, “consequences are to be expected.”

What’s the solution? “Try eating a ‘clean’ diet for two to three weeks,” she says.

Selhub goes on: “When my patients ‘go clean,’ they cannot believe how much better they feel both physically and emotionally, and how much worse they then feel when they reintroduce the foods that are known to enhance inflammation.”

It’s not hard proof, but it might just work.

While more research is needed to prove a link, the DASH diet does stay consistent with the American Academy of Neurology’s findings.

For example, the study suggested an association between a high-fat diet and mood. DASH promotes just the opposite: portion control, a variety of fruits and vegetables, and low-fat dairy.

For meat, red meat and other fats are recommended in small amounts. Instead, lean meats and healthy fats found in nuts, seeds, and legumes are encouraged.

The contrast is stark and makes sense.

Standard Western fare can be lacking in vital nutrients that could influence the brain’s function. It often focuses on protein and starchy foods, rather than promoting a balance.

The DASH diet seeks to improve that standard and get people eating from all food groups in moderation. That kind of improvement is bound to have positive results.

For now, those battling depression could still benefit from healthful eating habits. While this lifestyle change might not be the only answer, it’s a simple step that nearly everyone can take. 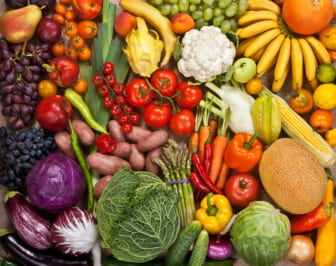