There are more home remedies for getting rid of ear wax than you can shake a stick at, but how do you know what works and what’s safe?

Before we answer those questions, let’s back up and learn a little more about ear wax and when we should take care of it.

Ear wax is created when a liquid secreted by tiny glands in the ear canal combines with dead hair and skin cells. I’m sure now you really want to get rid of it! But for most people, the passage of wax through the ear canal is a healthy process that shouldn’t be disturbed.

Ear wax actually keeps your ears clean by moving dust, dirt, and other small particles out of the ear canal. In rare cases, ear wax can get stuck in the ear and interfere with hearing, and that’s the only time you need to worry about clearing it out. 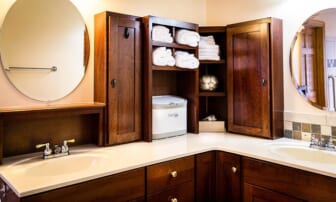 Also Read:
Give Your Medicine Cabinet a Natural Makeover

Most home remedies for removing ear wax are ineffective, and some are downright dangerous. Let’s look at a few.

Ear candles are usually rolled-up pieces of fabric coated in wax to make a stiff cone. One end is supposed to be held up to the ear and the other lit. If you already think this sounds like an iffy idea, you’re right.

In a survey of 122 physicians who are members of the Northwest Academy of Otolaryngology-Head and Neck Surgery, 21 reported treating injuries related to ear candling.

You may have tried this popular alternative therapy and been impressed by the amount of wax the process seemed to produce. But according to experts, that byproduct isn’t ear wax – it’s candle wax.

Studies have shown that some of that candle wax may be deposited in your ear during the candling process. There’s also no good evidence that ear candling removes any ear wax, and with the possibility of injury, it’s probably best to give this home remedy a pass. Also Read:
Depressed? How Your Diet Can Affect Your Mood

Despite physicians’ warnings, ear cleaning is still the most popular use for cotton swabs and the only reason most of us own them. So we know we’re not supposed to do it, but how bad is it?

Well, as you push the cotton swab into your ear, the cotton surface may grab some ear wax, but it’s probably pushing most of it deeper into your ear canal. This works against your body’s natural process, which works ear wax out of the ear canal as you move your jaw to talk or chew, and it can result in impacted ear wax that needs to be removed in a doctor’s office. Dripping or pouring small amounts of olive oil into the ear is a popular home remedy to soften ear wax. And it may work, but it doesn’t help wax in the narrow inner passages of the ear canal make its way out.

So if you have a serious build-up of wax that’s interfering with your hearing, olive oil alone probably isn’t going to give you any relief. The good news is that this isn’t as dangerous as the other two on this list. tool.

If you suspect that you have an unusual build-up of ear wax that’s interfering with your hearing, the best thing you can do is head to your doctor’s office where he or she will be able to recommend a safe, effective treatment option.

A panel assembled to address the issue found that three popular treatments performed at doctor’s offices were almost equally effective – sending a patient home with ear drops, using medical instruments to remove wax with the help of a microscope, and flushing out the ear with a water solution.

And if your ear wax isn’t interfering with your hearing, experts say the best thing you can do is to leave it alone. If you’re worried about unsightly ear wax in the outer ear canal, just use a clean washcloth to gently clean the part of your ear that you can see next time you’re in the shower.

The ear wax that has made its way to your outer ear has already done its job – feel free to get rid of it!