Dealing with migraine headaches in children As a doctor, I get a lot of health questions both in my practice and in my e-mail inbox. Today, I found one from a mom whose 8-year-old child suffers from migraines. How do you deal with an “adult” illness that affects a young child?

I have an 8-year-old son who is suffering from migraines. One time, his migraine was so intense, that he cried all the way to the ER after we tried unsuccessfully to treat it at home. I have been told that there are adult medications for migraines that can be used on children in a smaller dosage. However, according to my pediatrician, they have not been tested on children and because such a small percentage of children get migraines, they will probably never be tested on children. My son has a migraine at least once a week, sometimes more. Is it worth putting him on one of these medications, and if not, what can I do to ease the discomfort without ending up at the local emergency room?

Carla, I understand your frustration. It is very hard to watch and deal with a young child grappling with migraine headaches. Because there are so many factors that could trigger a migraine, it can be difficult to pin down the exact root of the problem. 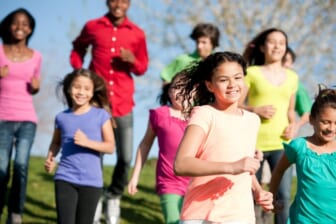 Also Read:
How To Create Healthy Routines For Children

The first thing that I would say is that I hope your child has been seen by a board-certified pediatric neurologist who has properly diagnosed him with migraines.

Sometimes, it can be very difficult to get a proper medical history from children. It can be especially confusing for them to try to describe the location and timing of migraine headaches.

However, remember there are many other conditions that could mimic a migraine in a child, such as sinusitis or dental problems, which can both result in head pain.

If migraine is in fact the actual diagnosis, then the treatment becomes multi-faceted.

How To Treat Migraine Headaches In Children?

Key components of treatment include making sure the child gets enough rest and sleep, as well as utilizing the over-the-counter medications that your physician recommends. Most likely, a physician will prescribe a non-steroidal, anti-inflammatory drug such as aspirin or ibuprofen.

Prevention, of course, is even more effective than treatment.

There usually tend to be two culprits in pediatric migraines. One is nitrates, which are found in many foods that kids eat such as packaged foods, processed lunch meats, and hot dogs.

The other culprit is monosodium glutamate or MSG. MSG is a flavor enhancer that is found in baking mixtures, chips, and gelatins, among other products. It is highly toxic for many people that suffer from migraines. Also Read:
How To Have a More Independent Child

So while working with your physician, it is key that you also focus on the nutritional aspect of children’s health. In doing so, your child may suffer from fewer migraines and require fewer drugs, which, as you state in question, have not been clinically tested in children.