Anti-Depressants And Your Pregnancy 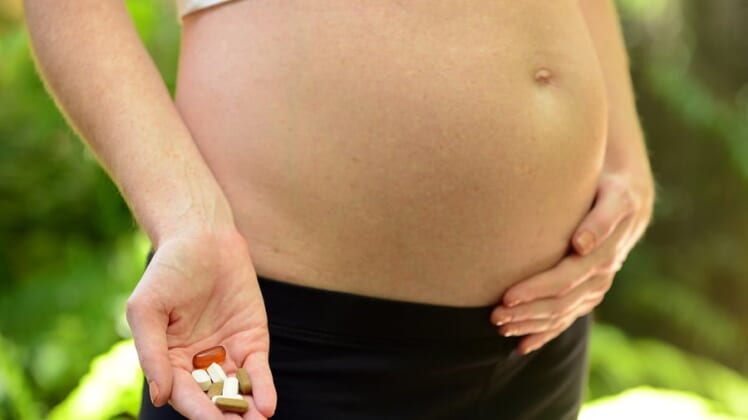 Women who rely on medication often face a tough choice during pregnancy. They want to keep their babies safe and reduce the risk of harm, but many take daily prescriptions to relieve pain, balance hormones, or control their emotions. Stopping these medicines abruptly would leave these mothers crippled from normal activities. For those women who are taking anti-depressants during pregnancy, they may now have an easier time making the decision.

Previously, many health professionals and researchers believed that anti-depressants could increase the risk of a baby developing autism. Particularly, one Canadian study of over 140,000 babies from Quebec received notable attention. In this study, researchers correlated a link between anti-depressants and autism, but experts admitted that the study could not link the anti-depressants as a cause.

In a recent study published in April, researchers actually found the opposite to be true. During the research phase, professionals analyzed the effects of anti-depressants, using over 950,000 mothers and well over 1 million children.

In addition, the researchers received their data for the medication from both the mothers and the pharmacy and compared the mother’s use of these medications with multiple pregnancies. Analyzing the data from these various angles gave the researchers increased accuracy in their findings.

In their analysis, anti-depressants themselves did not show a direct relationship to autism. However, the researchers did see a potential link with genetic factors, especially if both parents needed the anti-depressants. Their findings give ample proof that the drugs do not influence the risk for autism, but rather that those using anti-depressants may have the genetics for the disorder.

Why Anti-Depressants during Pregnancy?

Doctors prescribe anti-depressants when a person shows signs of prolonged depression combined with anxiety, guilt, suicidal thoughts, and many other debilitating mental and physical symptoms. Many women battle these emotions through medication, and stopping them during pregnancy could lead to some serious side effects.

These women could turn to recreational drugs, smoking, and alcohol to alleviate their depression. After labor, they may also experience worsened cases of postpartum depression. In the most serious cases, they may even attempt suicide.

Depending on the severity of the woman’s depression, using these medications has proven an important help, even with the alleged risks to the baby. Fortunately, research is now siding in these women’s favor.

While this new finding may give hope to pregnant women who are battling depression, women should still make the decision to keep taking medication carefully. Most doctors largely forbid medication during pregnancy, and they do not have ample proof for or against other risks, such as miscarriage and birth defects outside of autism.

These women should discuss currently known risks of anti-depressants with their doctors and factor in the level of their clinical depression into the decision. If a pregnant woman chooses to stop medications, she should ask about alternative treatments. Ideally, a friend or partner should help her and let the doctor know if her depression takes a dangerous turn.

In many cases, however, these women should consider continuing the prescriptions. While she may be putting the baby at an increased risk for pre-term delivery, the mother might harm herself through neglect or self-inflicted harm if she allows her depression to spiral out of control.

During pregnancy, doctors and pregnant mothers alike just want to protect and deliver a healthy baby. If a woman was taking anti-depressants before pregnancy, she will need to make a careful decision about continuing them. Depending on the level of the mother’s depression, she may be able to forgo the prescription and find an alternative treatment. However, if she has severe depression, the mother may need the anti-depressants. In the end, keeping both the mother and the baby as safe as possible takes priority.