When a Wound Turns Deadly: Signs of Flesh-Eating Bacteria 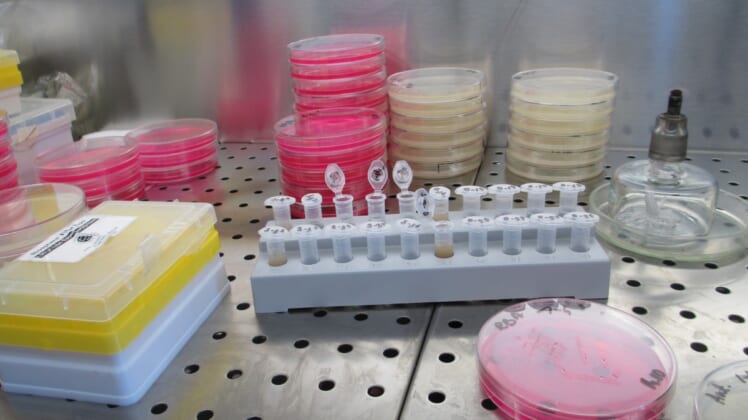 Almost everyone knows the importance of taking care of a small wound and keeping it from getting infected. Usually, that might mean a simple first-aid kit’s antibiotic cream and a band-aid, and you’re good to go.

What you might not expect is the kind of infection that could threaten your life. Indeed, flesh-eating bacteria can do just that, but how can you tell the warning signs?

In a tragic event, one 8-year-old Oregon boy found out quickly how life-threatening this type of infection can be. According to USA Today, Liam Flanagan was simply out riding his bike one day when he fell.

The bike’s handlebars cut a gash in his leg deep enough to warrant stitches, but his mother, Sara Hebard, thought little else about the wound.

Mere days later, Hebard and her husband discovered that the wound had turned even more painful and discolored. They knew something wasn’t right.

They rushed Liam to the hospital where doctors told them that the infection was severe. He had encountered flesh-eating bacteria that were quickly spreading throughout his body. Although the doctors rushed Liam into surgery and made multiple amputations, they were too late.

How Do You Get Flesh-Eating Bacteria?

What can this little boy’s rare situation teach you? Not that you should be worried about every small wound. Instead, you need to learn the warning signs of flesh-eating bacteria so that you can act quickly should you ever come across this infection yourself.

The bacteria then quickly spread to other soft tissue layers, causing tissue death as they go. Because of its aggressive nature, those infected can experience early symptoms within hours of an injury.

Eventually, the bacteria cause gangrene, prompting surgery to remove dead tissue or to amputate.

According to the Centers for Disease Control and Prevention, between 600 and 1200 cases of necrotizing fasciitis are reported each year. Fatality rates can vary but maybe as much as 25 percent or more.

This bacteria enters through a break in the skin, such as a cut or scrape, but they can also go through an insect bite.

Generally, good hygiene and care can ward off this rare infection. For instance, taking proper care of minor wounds and keeping them covered will go a long way.

Also Read:
10 Symptoms of Gallbladder Problems and What They Mean

Because these flesh-eating bacteria spread so rapidly, quick discovery and diagnosis are vital for the patient’s survival. Watch for warning signs that occur after you receive an open injury.

In addition, many people say that the pain of the infection is worse than you would expect from the way the wound looks.

After several days, the injury will start to show more concerning signs:

At this point, you should suspect that something is wrong and go to the hospital. However, recognizing the flu-like symptoms and other signs earlier will reduce your risk of dying from the infection. For treatment, doctors will usually start with antibiotics before moving to surgery on the infected site.

Also Read:
5 Arthritis Types and How to Tell Them Apart

For the most part, you don’t need to worry about flesh-eating bacteria leaving gaping holes in your body like something out of a horror movie. The infection is rare, and most people have a strong enough immune system to fight off the bacteria.

Again, if you simply take proper care of minor injuries and practice good hygiene, you will be well-protected.

A few things to keep in mind about hygiene:

Flesh-eating bacteria are real, though getting an infection from them is pretty rare. Because of their aggressive nature, though, you should still pay attention to warning signs that you have a deeper problem.

If you develop flu-like symptoms or feel increasing pain after an injury, you should seek medical treatment right away.

Also Read:
What Your Eyes Are Giving Away about Your Health
Share: