How to Treat Autism the Right Way 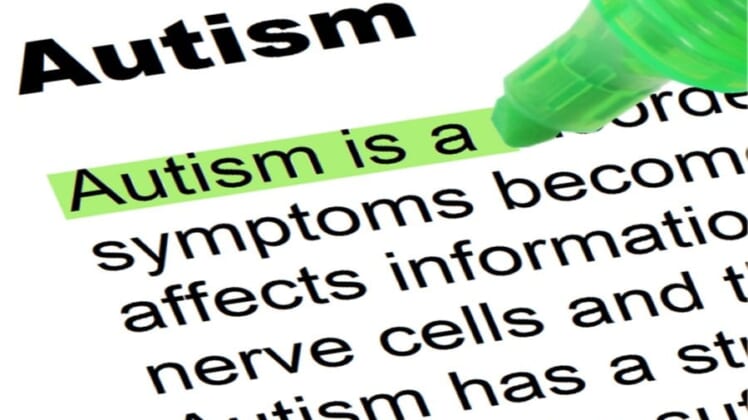 Finding out that your child has autism will definitely change your life, but would you look for treatment at any extreme? New investigations are showing just how far some parents will go—even at the jeopardy of their child’s life. That reality is sad given the huge ground autism treatment has made in the last few decades.

Recently, several media outlets have been investigating a new recommendation for autism treatment, and it’s not coming from medical experts either. According to Newsweek, parents are listening to a controversial church leader’s advice and giving their children bleach as a remedy.

In 2015, the BBC called to light a secret conference in the United Kingdom that aimed to promote the use of MMS (miracle mineral solution). Then, in 2016, Eyewitness News and ABC News found a network in Southern California furthering their cause using Facebook.

The solution they’re promoting is far from miraculous, however, since it’s actually a chemical called chlorine dioxide. Sadly, parents are putting their children at a huge risk by using the chemical, and all out of desperation for a treatable condition. Using bleach for autism treatment is wrong.

These parents would be better off finding proven treatment in which autistic kids are showing marked improvement. An autism diagnosis does not have to be an end-all, and more kids are now gaining an enormous level of independence.

How to Recognize Autism

Autism spectrum disorder (ASD) can have a broad set of symptoms. Many children will show these symptoms in varying degrees, and some may lean toward a specific subtype such as Asperger syndrome.

In general, however, you should find several indications that your child isn’t developing the same way as others. Look for:

To know for sure if your child has autism, he will need to undergo testing and evaluation. These may include clinical observations, intelligence tests and physical exams.

From these, your doctor should be able to identify whether your child has autism and where on the spectrum he falls. While the information you find out might be hard to take in, you should never despair. Your child can find the treatment he needs through specialized therapy and training.

Where your child falls on the spectrum will determine the types of treatment that will help the most. Thankfully, you have a variety of new and proven treatments at your disposal today.

In most cases, an autistic child will likely undergo some kind of treatment formed by applied behavioral analysis. Basically, this technique works by identifying behaviors or skills your child needs to learn.

Then, using a treatment plan designed specifically for him, both you and your child’s therapist will use positive reinforcement to encourage the new behavior. At some point, your child will be re-evaluated to identify progress and make any changes.

During sessions, your child’s therapist may lead the session, or he may allow you to do so. You will also receive training and support to continue reinforcing the desired skills at home.

Through this process, autistic children have learned skills in personal hygiene and daily routines as well as more difficult ones such as reading and understanding conversation.

If you’re one of the parents who’ve noticed ASD early, you may be able to intervene with the Early Start Denver Model. One small study has even shown that this method can improve a child’s IQ, adaptive behavior and autism diagnosis after two years of intervention. However, researchers need larger trials to confirm this outcome.

This program focuses on developing a fairly intensive treatment plan (at least 20 hours per week) with deep parental involvement. Also, it will usually involve social interaction in a joint group, and it keeps your child’s normal development and communication skills in mind.

This early treatment may give at-risk children a boost and keep them more closely on track with regular development.

Last, one emerging type of autism treatment that has shown benefit is called sensory integration therapy (SIT). In children with autism, processing sensory information such as texture, sound or tastes can be difficult and confusing. As a result, your child may often respond to social activity and other outside stimulations in odd ways.

Sensory integration attempts to change this behavior by changing the way the brain responds to sensory information. Often, therapists will use play and other similar interactions to accomplish their goals.

While researchers are still validating the efficiency of SIT, several studies have shown its helpfulness. For instance, one study published in December revealed that sensory integration did improve many aspects of occupational performance in autistic children.

Another preliminary study published in the Journal of Autism and Developmental Disorders analyzed the effects of sensory integration when given in addition to normal therapies such as speech or behavioral therapy. Researchers found that the sensory integration group did improve in their goals better than the control group. The control simply used normal treatment methods. However, this study is small and needs further confirmation for its results.

Because of today’s parent support groups and targeted autism treatment, you should never reach out to unproven methods out of desperation. Not only will they be ineffective, but “remedies” like bleach could pose dangerous risks to your child’s health. Instead, trust the treatments that are giving other kids hope and independence, helping them reach their full potential.