How People Get Hurt by Staying Connected

Smartphone and computer technology has completely turned the world around, providing help in all areas of life from scheduling work to planning the kids’ meals.

However, these devices are distracting people like never before, and many are suffering consequences and even danger because of the distraction.

In one study on college students, 97 percent of students admitted to using cell phones during class. Their reasons are less than academic too, using the phones to text, check their email, or scroll through social media. Many don’t even understand how this distraction has affected their grades.

Even further, drivers are still using cell phones while driving, despite tightening laws and warnings from cell phone companies. According to the National Safety Council, cell phone usage caused over 25 percent of car accidents. 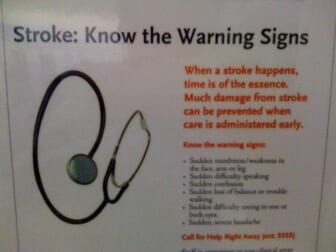 At the same time, pedestrians also face danger if they are walking while distracted by a device. Over 50 percent of adults who use cell phones have walked into someone or something because they were distracted. Depending on what people are walking into, they could be risking their lives. Some pedestrians have been seriously injured or worse while focusing on a phone call or text.

People simply need to put their devices down and stay connected to the Internet less. Here are a few examples of people putting lives in danger because of cell phones or computers:

On Duty Should Mean On Duty

For example, one autistic student drowned while swimming in his school’s pool. He had gone to the pool with a group of special needs children and should have had close supervision due to his autism.

Unfortunately, no one noticed the student’s danger in time, including the lifeguard on duty. The lifeguard was using a computer in a room close by when the accident happened. Had the lifeguard stayed at his station and off the computer, this autistic student might have gotten help more quickly and lived.

One teenager, Amanda, was notorious for using her phone while driving her car. She had full confidence in her driving abilities and loved staying connected to friends. Then one day, her distracted driving landed her in an accident in which her car rolled over three times. This time, she walked out alive.

After the accident, Amanda wanted to change her habits, keeping off her phone when behind the wheel. One year later, however, she decided to pick up the phone again while driving. She drove off the road and died a day later from air loss. If Amanda had waited to talk to her friend, she would have focused on the road and maintained control of her car.

In some incidents, even doctors use connected devices during surgery. One doctor at the Yorkville Endoscopy clinic decided to take a picture during a throat surgery with a famous comedian. The surgery took a wrong turn, and the patient ended up dying from a blocked air supply.

Although the hospital did not link the phone usage with the patient’s death, the doctor was undoubtedly distracted during the procedure, at least for the length of the picture. What Is Being Done About It?

To combat this distraction, many companies could heighten efforts to help people get off their devices. For example, cell phone companies have started campaigns against texting while driving. However, the National Safety Council’s reports show that taking a phone call while driving actually causes more accidents than texting.

In hospitals, doctors’ cell phone usage also has little monitoring. Although research shows that using cell phones in the OR can easily contaminate the surgery, many hospitals just do not impose any restrictions on this practice. If hospitals enforced rules on cleaning and using devices, they would be helping doctors focus better and protecting patients from irresponsible risk.

While you should certainly continue to advance your life with improved technology, learn where to draw the line. Take your own distraction seriously, knowing that you could be endangering someone’s life. Most of all, put your phone or computer away and become actively involved in the real world, free from distraction.