There is a silent health arrhythmia issue that may be affecting many Americans. Its medical name is Brugada Syndrome:

What is Brugada Syndrome?

Rather than affecting older people who’ve made a few unhealthy choices in their lives, Brugada syndrome takes its toll on a younger population.

In fact, Brugada syndrome often leads to sudden death at around the age of 40, according to the National Institutes of Health.

The condition is known to affect a person’s heart rhythm and can cause fainting, irregular heartbeat and labored breathing, particularly during rest or sleep.

Brugada syndrome may affect as many as 5 in every 10,000 people across the globe, states the NIH.

In addition, studies have shown that men are 8 to 10 times more likely to suffer from Brugada syndrome than women. Asian populations are particularly at risk since experts have discovered this sudden pattern of dying at high rates in Japan and other Asian countries.

What are the Symptoms of Brugada Syndrome?

Because Brugada syndrome doesn’t always show obvious symptoms or reveals itself during rest, many people don’t notice the condition until later—or not at all.

In addition to these warning signs, you should get help immediately if you suspect that a heart attack is occurring.

Symptoms of a heart attack include:

Those diagnosed with Brugada syndrome may need to take medication or implant a cardiac defibrillator to monitor their heart’s rhythm. Patients may also need regular doctor visits to make sure their condition is under control.

Why Do People Get Brugada Syndrome?

Doctors don’t know exactly what causes Brugada syndrome. However, researchers have seen a specific mutated gene in about 30% of cases, states the NIH. This suggests that it has genetic underpinnings.

In addition, medicine for depression, high blood pressure, or mental illness could cause the syndrome. Some cases have also shown abnormally high levels of potassium or calcium, or abnormally low potassium levels.

Younger people should take note and understand their risks for conditions like Brugada syndrome.

This potentially life-threatening condition can be managed if it’s diagnosed. But a quick and accurate diagnosis requires people to voice their concerns about symptoms like dizziness or fainting early on. 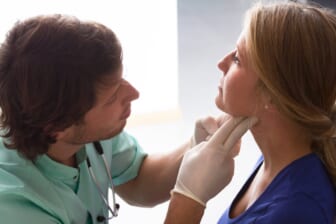