How Bedbugs Could Be the Culprit for Anemia

Nobody in their right mind likes a bed bug. While experts agree they don’t transmit diseases, they can cause a host of other problems. Not only do they leave mysterious, itchy bites on your skin, but people who have them often find themselves emotionally distressed and sleep-deprived.

Over the last few years, doctors have discovered that bed bugs may also cause severe anemia, especially in certain high-risk groups. Also Read:
Why You Should Watch Your Salt Intake

In one case reported by the NIH, a 60-year-old man checked in with his doctor after several months of severe fatigue and lethargy. Among other problems, the man had a history of depression, diabetes, drug abuse, and alcoholism.

He also had bed bugs in his apartment, an infestation so severe that the man’s doctor had even seen bugs crawling on his skin during the day. Although the man didn’t report any signs of outward or gastrointestinal bleeding, lab tests showed that he had an abnormally low iron count.

The doctor started his patient on vitamin supplements, but still the man made several returns over the next few weeks with anemia. At this point, he even needed hospital treatment and units of blood cells.

Having ruled out other factors, his doctor suspected that the bed bugs were the culprit, and authorities were able to get a professional exterminator to control the problem. Months later, the man’s anemia had not returned despite the presence of some bed bugs still in his apartment. 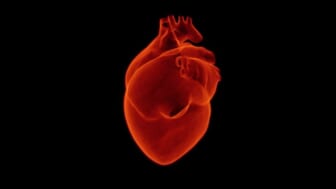 The basic reason that bed bugs cause anemia is that they feed on blood. In the above situation, the man was likely bitten dozens of times every night until his body couldn’t keep up with replenishing the blood supply.

Although this case was a severe infestation, groups such as seniors or the disabled may be at an increased risk even with moderate infestations.

Why would they be more at risk? First, older people have a more difficult time maintaining their iron levels already, making the risk for anemia higher with a bed bug infestation.

At the same time, seniors and those with disabilities may be affected more if they’re bedridden or unable to deal with an early infestation.

Then, the risk worsens if these seniors or disabled are living in crowded nursing homes or assisted living places. Bed bugs like inhabiting areas where they can easily find hosts, making nursing homes, apartment buildings, homeless shelters, high-travel locations and large cities all ideal spots.

Finally, people who suffer from depression, drink or use drugs regularly may risk getting anemia from severe infestation. These groups may not give the proper time and attention to cleaning their homes on a regular basis.

Although bed bugs don’t care about cleanliness, a dirty home provides many hiding places for them, making it difficult to find and get rid of the problem early. If you suspect bed bugs in your home or the home of a loved one, you should also watch for anemia. Symptoms include:

At the beginning, any symptoms may go unnoticed, especially vague symptoms like fatigue. During this time, you may only notice an abnormal shortness of breath or rapid heartbeat during exercise.

After a while, however, these symptoms will get more severe. You should seek prompt medical treatment if you’re experiencing any signs that indicate anemia. Also Read:
Do dietary supplements do more harm than good?

When getting treatment for anemia related to bed bugs, you should first worry about your and your family’s health. Everyone in the household should get evaluated by a doctor.

Your doctor will perform a lab test to determine iron counts, and he will likely prescribe supplements and certain foods. In severe cases, he may recommend hospital treatment, including units of blood to help your body along.

Then, as you might have guessed, resolving the anemia for good will mean extermination of the bed bugs in your home. Experts agree that you should hire a professional exterminator to get the job done quickly. Efficiency is important with your health at stake.

Once the exterminator has sprayed your home, you’ll need to wash any clothes and bedding that may be infested in hot water and dry them in a heat dryer. Wipe down the mattress and bed frame before vacuuming in case any eggs are laying around.

Then, vacuum the house thoroughly and throw away the vacuum bag immediately. With thorough cleaning and professional help, you will be able to resolve both problems and prevent them from returning. While bed bugs aren’t known for carrying diseases, they can provide a great deal of stress and anxiety. In some cases, they can also cause severe anemia, especially for at-risk groups like seniors or those with a disability. Make sure that you inspect your home regularly for these pesky creatures and watch out for those signs of anemia.