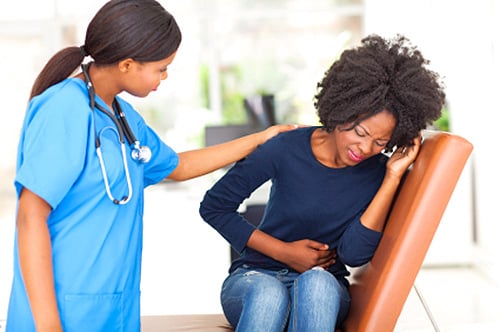 The severity of the novel coronavirus can differ from person to person.

The disease is also known to cause mild, cold-like symptoms for 80 percent of those infected, with most people who test positive recovering over time, according to the World Health Organization (WHO).

Over 86,000 people have also recovered from COVID-19 out of roughly 245,000 global cases since the virus was first reported in December, according to Johns Hopkins.

Over 10,000 people have died from the virus, which can cause severe illnesses for the elderly or people with preexisting health conditions. Those types of severe illnesses usually feature pneumonia.

What are the levels of severity for COVID-19 and how does pneumonia impact the body?

Professor John Wilson, a respiratory physician and former president of the Royal Australasian College of Physicians, told the Guardian that people who catch COVID-19 can be placed into four broad categories.

The first category is the least serious. He says it involves people who are “sub-clinical,” which means they have the virus, but it’s not serious enough to present observable symptoms.

The second involves people who have an infection in the upper respiratory tract. He says they include a “fever and a cough and maybe milder symptoms like headache or conjunctivitis.”

The fourth and most severe group are those who develop severe illnesses, according to the Guardian. These cases are more likely to result in death and Wilson says they normally feature pneumonia.

Approximately 14 percent of people in China experienced severe disease and 5 percent were critically ill, the WHO reported. The majority of those cases consisted of the elderly and people with preexisting health conditions.

In the U.S., the fatality rate from COVID-19 is between 10 to 27 percent for people 85 and over, followed by 3 to 11 percent among people aged 65 to 84 years old, according to a Centers for Disease Control and Prevention study released on Wednesday. The virus has killed 1 to 3 percent of infected people between the ages of 55 to 64.

The study found that less than one percent of people aged 20 to 54 years old have died from the novel coronavirus, and no fatalities were reported in people aged 19 and under.

How does pneumonia impact the body?

When people with the novel coronavirus develop a cough and fever, Wilson says this is because the infection has reached air passages that conduct air between the lungs and outside — known as the respiratory tree, according to the Guardian.

When that respiratory tree becomes injured it inflames and irritates the nerves. It gets worse when the infection goes into the gas exchange units which can pour inflammatory material into the air sacs at the bottom of our lungs.

He says those inflamed air sacs cause an “outpouring of inflammatory material into the lungs” which can result in pneumonia — an inflammatory condition of the lungs.

“It’s important to remember that no matter how healthy and active you are, your risk for getting pneumonia increases with age,” said Christine Jenkins, chair of Lung Foundation Australia, according to the Guardian Australia. “This is because our immune system naturally weakens with age, making it harder for our bodies to fight off infections and diseases.”

Jenkins says COVID-19 pneumonia is typically more severe because it tends to affect both lungs. She added that pneumonia used to be one of the main causes of death in the elderly before antibiotic and oxygen-related treatment.

However, Jenkins says there’s nothing to stop people from getting COVID-19 related pneumonia and there’s also no “established treatment” for it, according to the paper.

“People are already trialing all sorts of medications and we’re hopeful that we might discover that there are various combinations of viral and anti-viral medications that could be effective,” she said. “At the moment there isn’t any established treatment apart from supportive treatment, which is what we give people in intensive care.”